Next week marks the first anniversary of the important announcement regarding the discovery of water on the moon by Isro and Nasa. Isro's Moon Impact Probe (MIP) was first to discover water vapour though one of its payloads--the Chandra Altitudunal Composition Explorer (Chace)--during its 25-minute flight to the moon on the night of November 14,2008. Soft spoken MADAN LAL SINGLA who joined Isro on the very day Neil Armstrong and Buzz Aldrin stepped on the surface of the moon on July 21,1969 (India time), was project director of MIP. He spoke to ``Beyond Moon and Mars'' on Wednesday about his experiences: 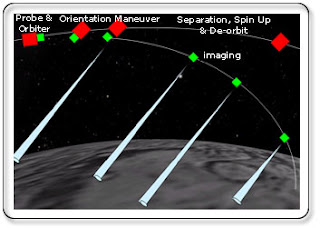 Beyond Moon and Mars (BMM) :Sir the MIP was a last minute addition to the Chandrayaan mission. When you were given the task of leading this prestigious project which literally placed India on the moon what was your feeling?

Madan Lal Singla (MLS):  The decision to include the MIP was taken much before the Udaipur lunar conference in November 2004. The announcement about its inclusion was made at the meeting. It was decided that the weight of the MIP had to be within 30 kg. I was absolutely elated when I was given the task of leading this important project. Initially, the scientific community was not in favour of the having the MIP as it felt that it would not have much scientific value and it wanted the probe to be only a technology payload. Our former chairman Madhavan Nair also felt that it should be only a technology payload. But, I insisted that the Chace payload on board the MIP had scientific value and finally it became both a scientific-cum-technology payload successfully fulfilling all its missions.

BMM: According to you what was the most challenging aspect of designing and developing the MIP?

MLS:   Developing each and every sub system was a major challenge. The Chace payload was an extremely difficult payload to develop. It was commercial and had to be space qualified which was a heruculian task, and it was the same case with the camera too. The whole thing had to operate under difficult conditions. Before release on November 14,2008, we had to check all the sub systems to see if they were working properly and we were happy that everything was fine. During descent the MIP was spun to minimise disturbances caused by its impact on the moon's surface.

BMM:  On the night of November 14, 2008, which was the much-awaited landing day you were in the Chandrayaan mission operations control room at Bangalore though you had retired from Isro by then. Can you describe the mood in the control room that important day when the Indian flag was placed on the moon?.

MLS:  I along with the other scientists was watching all the signals on the big screens as the MIP flew towards the moon at a speed of 1.63 kms per second. The entire landing sequence had been simulated earlier on the ground. Getting closer towards the moon, the velocity of the MIP was reduced by firing its solid motor.   Then at sharp 8.31 p.m. the signals discontinued and we knew that the MIP had crash landed on the moon. The mood in the control room turned instantly escatic. We were extremely happy that we were able to put the Indian tri colour on the moon. I was most happy that I had succeeded in doing a very challenging job, It was done and I must thank and express my gratitude to my dedicated team for the success of the MIP. Though we were a later addition, we had executed the job perfectly. The MIP took three-and-a-half years to design and develop and we had succeeded though we were a later addition.

BMM: After a strenous three-and-a-half years of hard work which resulted in India becoming the sixth member of the exclusive global lunar club, the MIP was destroyed on impact on the lunar surface. How did you feel at that moment, By chance did you feel youre efforts were wasted?

MLS: Not at all. It was intended to be that way. It was a very successful flight and its mission objectives were met cent per cent.

BMM: Was the Indian tri colour which had been painted on the sides of the MIP also destroyed on impact?

MLS: The tri colour had a special material which had to withstand the temperatures. A private industry had fabricated it and it was etched on the sides of the MIP. On impact the screws which were used to fix the plates with the tri colour came off from the MIP and the flag fell on the surface of the moon. It was designed to be that way. Therefore though the MIP itself was destroyed, the flags could still be intact on the surface of the moon. If someone goes there they can perhaps see the flags!!!

BMM: On what basis was the landing site near the Shackelton Crater chosen?

MLS:  We wanted a place where there was light and it had to be a flat surface.

BMM:  One of the roles of the MIP was to help in identifying future landing zones. Did it fulfill this role?

MLS:  Yes certainly. In all probability I think the lander of Chandrayaan-2 could soft land at the spot in which the MIP crash landed.

BMM: Next week marks the first anniversary of the announcement about the discovery of water by Isro and Nasa. It was MIP's Chace which was the first to identify water vapour on November 14,2008,while descending towards the moon. But this achievement has not received much recognition and it is unfortunate that Nasa has walked away with the trophy which should have actually gone to Isro's MIP team. Would you like to comment about this?

MLS:  Yes, I am a bit disappointed about this this and I really feel that the MIP team deserved more credit for its achievement. I do not why we had to wait for confirmation from Nasa. We should have made the announcement about the discovery first and taken credit. Well I would rather not talk about this unfortunate development.

BMM: Why is it that the video of MIP's descent towards the moon not been hosted in Isro's website? Nor about the discovery of water vapour.

MLS:  I do not know. I believe in doing a job and then forgetting about it. In certain things you do not have control.

BMM: After Chandrayaan-2 what?

MLS:  If we are planning seriously about using the moon as a platform we certainly need more missions. We certainly cannot stop with just one or two missions. Finally for a manned mission to the moon we need a bigger launch vehicle.

ends
Posted by srinivas laxman at 12:31 AM

srinivas laxman
I am a space journalist and obsessed with space. I have written two books--Dreams To Reality, a bio for the younger generation about rocket scientist and former Indian President, APJ Abdul Kalam, and Moonshot India, the story about India's first mission to the moon, Chandrayaan-1. I retired from The Times of India last year, but still continue to write for the paper about space. I would love to interact. particularly with the younger about space exploration. Please be free to contact me on my website which is moonshotindia@gmail.com or on my mobile 0 98205 38573. I live in Mumbai. So folks here we go on a happy flight to space!